So I have been lacking in posting the last month or so, because I have been having fun traveling, spending time with my family, nursing a cat back to health and just living life! 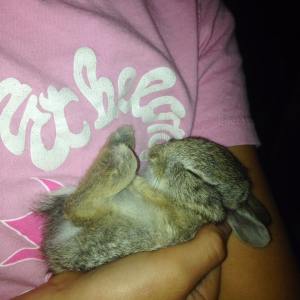 At the beginning of June our older cat Baxter caught a baby bunny and when he noticed that I saw him, he released the little baby. We tried to nurse her back to health but I was saddened that I couldn’t have done more for her. The kids instantly named her Cotton — but Cotton couldn’t keep hydrated, unfortunately. It was emotionally hard seeing such a small creature so helpless and in pain. We tried for 4 days administering formula, water, and pedilyte to keep her going, but either she was too young and tiny or just too hurt from the cat that she ended up taking her last breath. The kids and I dug a hole in our flower garden and buried her amongst the blooming flowers. My daughter even painted a rock as a head stone to go on top of the grave. In those 4-½ days that little bunny stole our hearts!

RIP Cotton, I hope your pain is gone & you are hopping around and feeling better tiny little bunny. I’ll see you again at the rainbow bridge!! 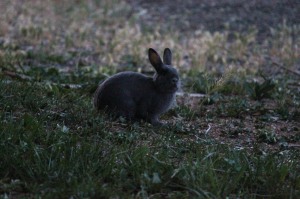 Then…. I and I say this in a good way, God has a weird sense of humor. So our lil bunny died and a week later this big domestic bunny ends up in our yard!!

We assumed it was someones in the neighborhood and not wanting it to be harmed, the kids, a neighbor and I catch the rabbit in our backyard and place him in an empty rabbit cage that we have.

The next day Alexandria, Arik and I went door to door looking for the owner of the rabbit. No one claimed they were missing a rabbit. I then was talking to Dave my next door neighbor and he stated that the people who moved in around 6-weeks ago next to him found 2 domesticated rabbits in their garage and basically released the rabbits out in the yard. If this was one of those rabbits, this angers me that this rabbit was abandoned twice!! AND none of this was told to me when I asked said neighbor if they were missing a rabbit. Nevertheless, we ended up keeping this rabbit. And he has been an awesome addition to our family. Tame, beautiful and the kids have fallen in love with him.

Then on June 24th my cat Baxter went missing. Day one rolled by. Day 2 & 3… then 4 & 5! I was outside walking the neighborhood every day. Knocking on doors, handing out missing flyers. Posting in neighborhood forums on Facebook. Nothing. My cat is an indoor / outdoor cat. However, he is never outside at night. We snuggle and spoon before bed, LOL. He is my fur baby. And I distraught at the idea he wasn’t coming home. On the night of day 12 I saw a shadow of a figure of a Cat at my back sliding glass door. IT WAS BAXTER!!

I opened the slider and he wasn’t using his front left leg. I ran to my husband and woke him up screaming “BAXTER IS HOME, but I think he has a broken leg!!” After giving Baxter the once over… the poor guy had scabbed over puncture wounds all over. It looked like he also had an abscess on his bummed leg as well. He was in bad shape and looked like he was skin and bones on top of just being in terrible condition.

I took him to the vet the next morning after giving him a food, water and a lot of tuna drowned in water… cause he looked dehydrated.

I found out Baxter was on his death bed. The vet had to perform surgery to scrape tissue and muscle. His insides were septic. His shoulder was broken and he was a pound less than his last vet visit. They believed that even with all they had done he was going to die. It was assumed he was attacked by a dog or coyote and had been dying under someones shed or deck. Well, he eventually gained strength 12 days later to come home to be with his family.

But, with surgery and massive amounts of antibiotics and probiotics and pain relievers, he made it through and is getting better every day, thank you God. He had his human mama praying for him every day and  I am so happy my 12 year old fur baby is here with me for many more years. And he has NOT been outside… I am too scared and he cost me way too much money… to even entertain the idea, LOL. Nevertheless, we slapped a baby shirt on him and gave him tons of love. 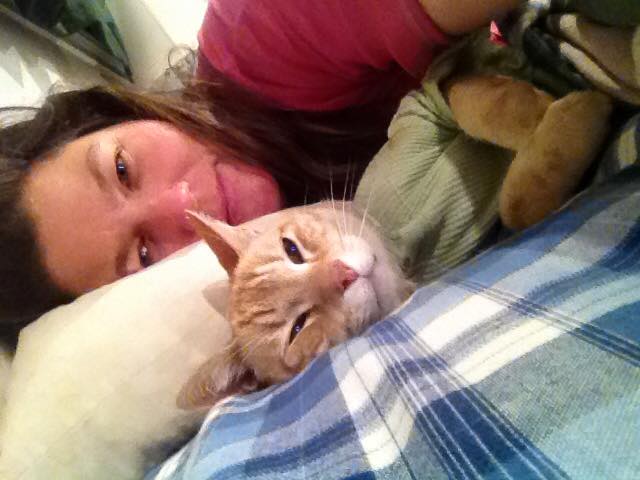 7-1/2 weeks later, his fur is almost all back. He looks plumper and is spunkier as ever. We are so lucky to have our Baxter boy still with us!

My kids participated in their school reading program and as a reward they received a free admission ticket to Six Flags Discovery Kingdom in Vallejo, California. With not wanting to  have them miss out and because they worked hard for their tickets, Josh and I took the entire family to a fun day at Discovery Kingdom at the end of July! 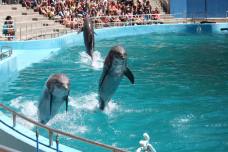 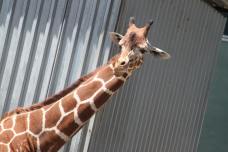 It was fun and the kids really enjoyed themselves!!

next day we headed to Seacliff Beach in Aptos, California and rested for a week soaking up the sand and listening to the waves crash!

While not every day was sunny and beautiful, I didn’t even care — I’d take a foggy day at the beach over a regular day at home – any day!!

While at the Beach we wanted to check out the Seymour Marine Discovery Center in Santa Cruz. It was hands on and the family and I even got to “pet” a shark! 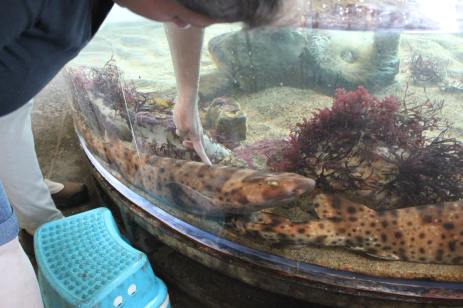 In addition to the beach and the discovery center… we took a hike in one of Santa Cruz’s National Forests – The Forest of Nisene Marks State Park. I made sack lunches for Josh, the kids and I and we made a afternoon out of it. We even had the pleasure of seeing a Banana Slug as well! 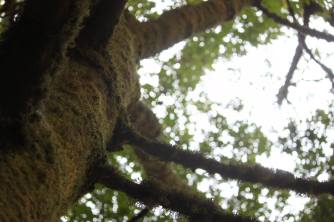 Since we don’t know what it means to relax, as soon as we left the beach, we headed down to Oakhurst, California. We were going to Oakhurst to see my Aunt Joyce. Even though I see her every year, I haven’t been to her house in 10 years!! I tried for years to get down there, but something always prevented me for doing so. SO, this year ended up being the year and my children finally got to see where their Aunt and Uncle lives.

Now for many that aren’t familiar… Oakhurst is about 20 miles from Yosemite National Park. Their home is on 20 acres and even has a pond, so the kids had a great time. 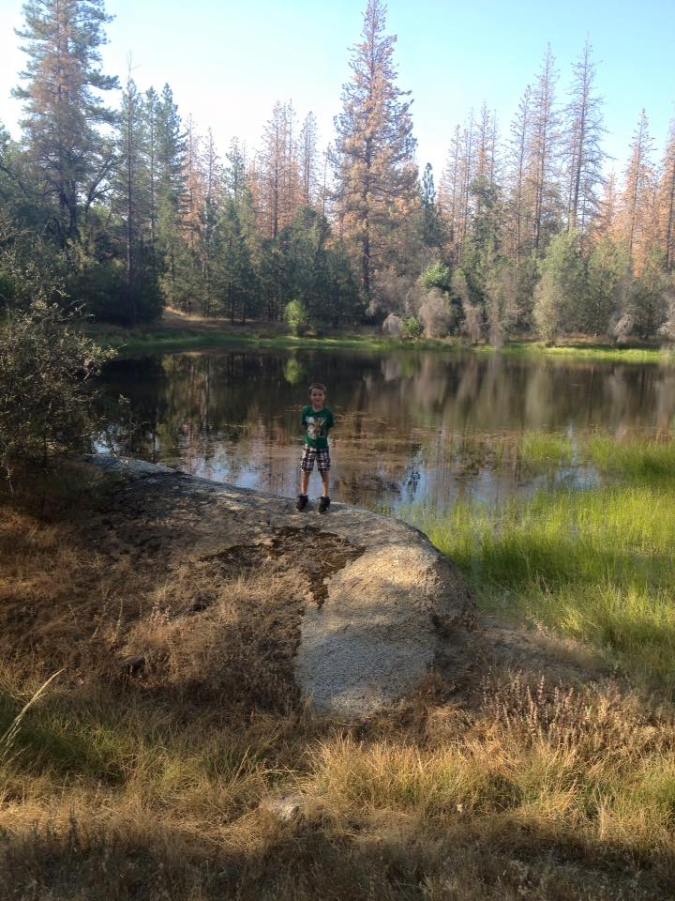 About a week later the kids started back at school. My daughter started 4th, my older son started 2nd and my youngest son started Kindergarten!! Yikes! They are now all in full time school. How did that happen? 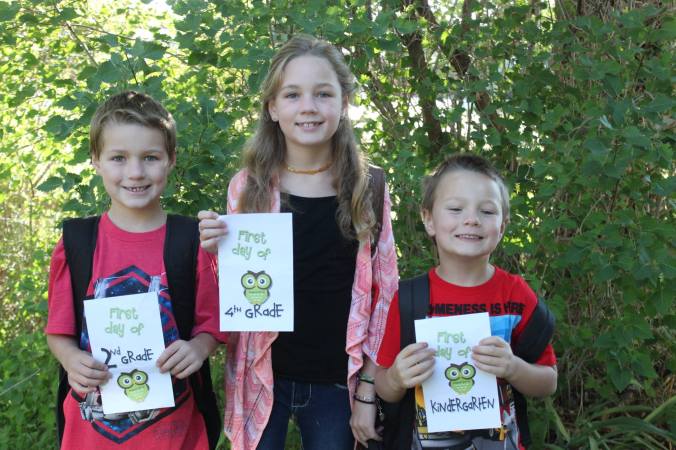 And if you think we slowed down cause school started, LOL, that would be a negative… my husband and I are now in New Orleans, Louisiana for my husband’s annual work convention. Remember last year we were in Washington D.C.? Well this year we are in New Orleans! Yep, we are eating our way through this town.. and we arrived on Thursday and will be here until next Thursday!!